During the mass prayers at Mdinet el salam Church..

Archbishop: Inner faith must be followed by obedience

Discipleship “When Christ calls a person, He invites him to come and die,” indicating that inner faith must be followed by outward obedience.

The archbishop emphasized that the student is the one who learns a trade or science, and the students in the time of the New Testament are the disciples of Moses who studied the Law and were students of the Pharisees, and were interested in studying the Jewish tradition and the Torah and studied to become teachers themselves

The archbishop considered that Christian discipleship is a call to the life of communion with the Lord Jesus Christ and with others, the call of Christ to Peter and Nathanael, emphasizing: The most important thing in it was their personal meeting with him when Peter saw the presence and power of Christ. He fell at the knees of Jesus, saying: “Go away from me, Lord; I am a sinful man! » Luke 5:8

And the archbishop continued: When Nathanael heard Christ addressing him about prophetic matters, he cried: Then Nathanael declared, “Rabbi, you are the Son of God; you are the king of Israel.”

John 1:49, emphasizing: Christ called his disciples to share his life with him, but he responded to everyone who gave himself for the life of fellowship with him.

Since his ordination as Archbishop of the Episcopal/Anglican Church of Alexandria, the Archbishop has been presiding over the Divine Liturgy in different churches, so that it becomes an opportunity to inspect the service and meet the people of the Church closely. 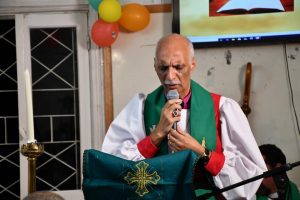 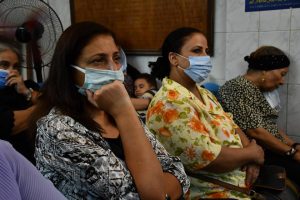 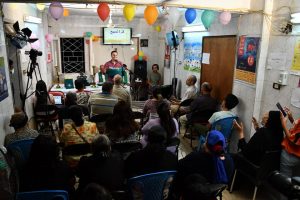 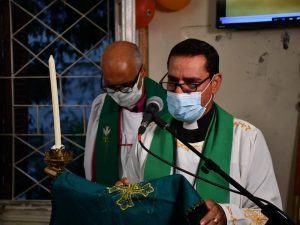 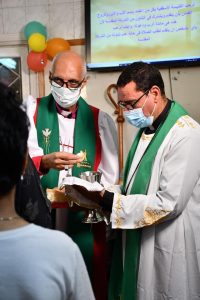 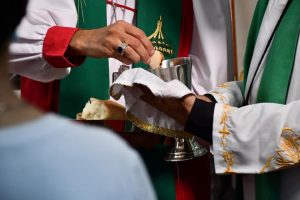