Dr. Samy Fawzy, Archbishop of Episcopal/Anglican Province of Alexandria, participated in the celebration of the Egyptian Family House on the occasion of the 10th anniversary of its founding.

The Archbishop delivered a speech in the third session of the celebration, which was under the title “Supreme Values ​​in Religions and Building the Future”, where he spoke about the help of love for us in drawing the features of a new society in which peaceful coexistence prevails.

The Archbishop stressed that Christian-Islamic dialogue has a great impact on the future because we need an enlightened religious dialogue that has specific characteristics. First, it is a serious and committed human dialogue that changes many misconceptions about the other and brings hope to souls towards living in a society where friendship, brotherhood, justice, equality, freedom, and love prevail.

The Archbishop added: It is a global, holistic dialogue, as religious dialogue needs to be in line with the requirements of man in the current era without compromising or compromising the essence and origins of religion.

He continued: The religious dialogue must be evolutionary and renewed to address our problems, challenges, and reality, adding: that our dialogue is a dialogue of faith, as our discourse adheres to the divine faith, tradition, and religious heritage, and to hand over the trust from generation to generation whose reference is the Creator of the universe and the teachings of the prophets and heavenly books.

The Archbishop added: Love is the basis for building a society of peace, fraternity, and coexistence and it is the basis of dialogue and its future.

He concluded: My heartfelt congratulations to the Egyptian family home for ten years of fruitful and effective dialogue, adding: I hope that the coming years will witness more projects and meetings for the good of our beloved country, Egypt. 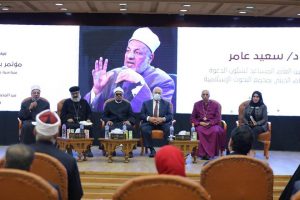 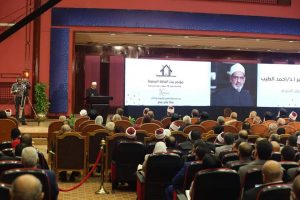 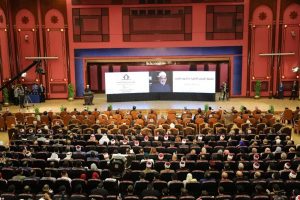 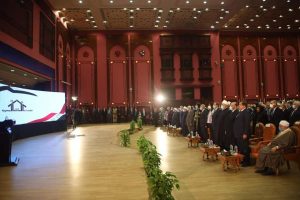 The Ambassador of the State of Japan visits the Deaf Unit