The Episcopal/Anglican Church stated in a statement today: The workshop is the first of its kind in which students from 9 to 18 years old are trained in making sweets and accessories from thermal clay

The Deaf Unit explained in its statement: The thermal clay is formed by different techniques and enters the oven until it is cohesive, and this workshop comes to teach children new crafts and industries

The Deaf Education Unit was established in 1982 under the umbrella of the Episcopal/Anglican Church, and it was declared in Social Affairs under the number 4014 of 1993.

The Deaf unit works to rehabilitate and educate the deaf and their families and support communication in sign language to ensure the improvement of the scientific, health, social and economic level in order to enable them to be self-reliant and integrate into society through academic education, vocational training, activities, trips, and conferences. 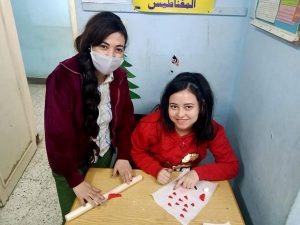 Episcopal/Anglican Hospital, Sadat: The success of the first assisted fixation operation for an emergency patient.

Archbishop Mouneer participated in the memory of the Armenian Genocide: Erdogan imitates his predecessors.