The Episcopal Publishing House is participating in the Cairo International Book Fair, which bears the slogan “Egypt’s Identity… Culture and the Question of the Future” in its 53rd session with a collection of new publications of theological, historical, study and counseling books in Hall 2 B29

The book “Arab Christians before Islam” is also among the latest ten books issued by the Episcopal Publishing House of author Theresia Heintaler and translated from German. Which history and historians neglected for a long time.

Among the recent collection of books is also the book “Confessions of Saint Augustine”, which is one of a series of patristic textbooks issued by the Episcopal Publishing House. The text of Augustine’s Confessions is one of the most important texts written by one of the most important early theologians throughout the ages. This work reveals the background that formed Augustine’s thought and theology.

While the book “St. Mark in African Memory: A Reassessment of the Early Church Tradition on Mark” was included in the recent collection of publications, in this book Thomas Odin, Professor of Theology at Dore Mason University, argues in favor of the story of the Alexandrian Church’s connection to the story received through the Christian tradition in Africa: that Mark did indeed come To Egypt and Africa Thomas Auden scrutinizes all primary and secondary sources of the story to arrive at conclusive conclusions.

The Publishing house also participates in the book “The History of Early Christianity in Libya”, which talks about how Libya contributed to the ancient Christian heritage. This book, by Thomas C. Auden, is the first of its kind in Arabic and in its original English language, as it reveals the history of the emergence of Christianity in Libya, which was once an effective and influential part of ancient Christian history, and then it began to decline and then disappears completely and mysteriously.

The house also presents, in its latest publications, the book “Restore My Soul”, “Eternal Love”, “A Brief Theology”, “The Church and the Reformation”, “The Hebrews” and “The Apostolic Fathers”. 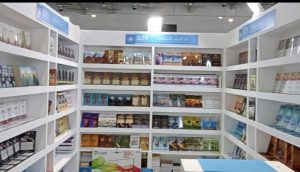 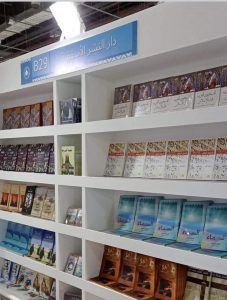 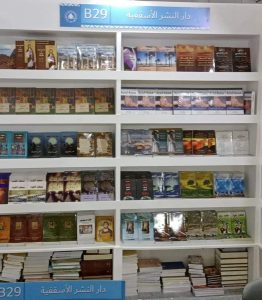