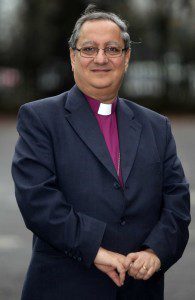 Mouneer Anis received his Bachelors of Medicine and Surgery at Cairo University, Egypt in 1974. From 1979-2000 he served at Harpur Memorial Hospital in Menouf both as a Resident (until 1989) and from 1980 as the Director of the Hospital.
In 1986, Dr Mouneer received a Diploma of Tropical Medicine and Hygiene at the London School of Tropical Medicine. In 1993, Dr Mouneer received a Certificate in Hospital Management and Administrations from the School of Public Health at the University of California.
In 1999, Dr Mouneer was ordained a priest and served at All Saints Cathedral, Cairo. He then became the Administrator of the Diocese of Egypt and later was elected by the Diocesan Synod to be the third Egyptian Bishop of the Diocese of Egypt with North Africa and the Horn of Africa. He then did practical and theological training at Moore Theological College in Sydney, Australia, the Diocese of Canterbury in Kent (UK) as well as at Nashotah House in Wisconsin, USA before his consecration in 2000. In 2007, Bishop Mouneer was elected as the President Bishop (Primate / Archbishop) of the Episcopal Church in Jerusalem and the Middle East. He was re-elected to serve another term as President Bishop in 2012.
Bishop Mouneer is married to Nancy and they have two sons, Shady and Ramez. He strongly believes in the importance of “life dialogue” and of being a bridging church between traditional churches (orthodox, catholic and protestant), as well as between Christians and Muslims.
An avid photographer and painter, Bishop Mouneer studied with Dr Naseeb Baroody who studied under the notable Ansel Adams, John Sexton and Bruce Barnbaum. He is a vociferous reader and is often found translating books from English to Arabic and vice-versa. 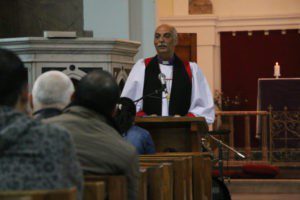 Bishop Samy is currently based in Alexandria, and travels to the churches throughout North Africa as needed. Bishop Samy was consecrated at All Saints Cathedral in Cairo on February 27, 2017.

Before becoming area bishop, Bishop Samy represented the Diocese in many international conferences, and represented our Province in the Anglican-Oriental Orthodox dialogue. He serves as a member of the Executive, Financial, and Literature boards in the Diocese of Egypt. He is also a member of Beet El-Ela Dialogue with Al- Azhar and co-Secretary to the Egypt Council of Churches. 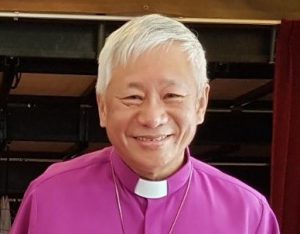 Bishop Kuan Kim Seng is the recently retired Assistant Bishop of the Diocese of Singapore. His previous ecclesial responsibilities included an extended period of service as the Dean of St. Andrew’s Cathedral, Singapore. He was also the Diocesan Director of Missions. When asked to share something about his personal life, he said that he is eternally grateful to God for the fact that a classmate brought him to an after-school Christian meeting when he was 16. That was when he surrendered his life to Jesus the Messiah. He said that God has blessed him beyond what he could ask or think, not least in the blessed gift of a wonderful wife, Ai Mai, and four boisterous grandsons!

When Bishop Mouneer invited him to be the Area Bishop of the Horn of Africa, he said he would prefer to be called a “Commissary Bishop” because he wants to work on the Bishop’s behalf and fulfill the vision of the Diocese. He is a man of God, who is humble, and with a clear vision. The Gospel mission is deeply-seated in his heart.