In his speech, Bishop Mouneer talked about how the church grew and the Gospel spread through the testimony of the disciples. He said that the Acts of the Apostles book gives us an idea of ​​the spread of the Gospel message. The Bishop told how the Christian faith spread in Ethiopia through the Abyssinian eunuch who met with Philip and learned from him about Christ.

He added that many Jews, Gentiles, and Pharisees accepted the gospel message and became citizens of the kingdom of heaven, which included the marginalized in society.

While all Episcopal/Anglican churches take into account the necessary precautionary measures and follow the instructions of the Egyptian Ministry of Health, as the church has put some instructions and controls to establish prayers inside its churches, it is not allowed to enter permanently without masks and temperature measurement upon entry, in addition to providing antiseptics for worshipers, disinfecting and sterilizing the church before and after worship, in addition to sitting in seats Specific that takes into account social distancing between worshipers, as the Episcopal/Anglican Church calls on its people to notice any symptoms that appear on them before attending prayers, and whether this requires staying at home. 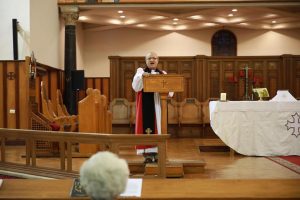 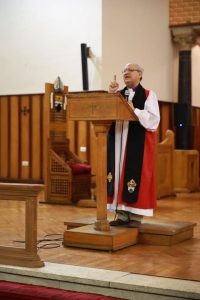