The Episcopal School prepares for the exams with precautionary measures.

The Episcopal School in Menouf, affiliated with the Episcopal/Anglican Church, is preparing to complete the exams for the transfer classes and the preparatory by applying strict precautionary measures such as sterilizing the entire school by using a specialized device, providing a temperature detection device at the school doors and inside the buses for transporting students, and providing disinfectants inside the toilets and on the roads and all Committees and management, especially providing the school clinic with all medical supplies.

On his behalf, Magdy Abu Al-Saad, the school director, said in a statement issued by the Episcopal/Anglican Church: It is decided that the number of students within the examination committees will not exceed 15 students, and the emphasis on appropriate sources of ventilation within each class is in addition to preparing the control and monitoring device for exams according to the instructions of the ministry.

Abu Al-Saad added: According to the decision of the Ministry of Education, standardized examinations will be taken for each grade, starting from the twenty-eighth of February for the fourth grade of primary school, provided that the exams end on the seventh of next March for the third grade of middle school.

The Episcopal School was founded 135 years ago, as the Episcopal/Anglican Church had a clear goal of serving through its institutions in Egypt, by taking care of the spiritual and religious side of the human being by covering educational, health, and social needs.

It is worth noting that the Province of Alexandria of the Episcopal/Anglican Church is the 41st region of this Church around the world and includes under its leadership 10 countries in Egypt and North Africa and is subject to the presidency of the Archbishop of Canterbury and is affiliated with the Federation of Anglican Churches in the world. 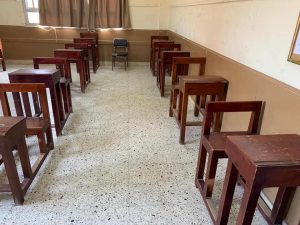 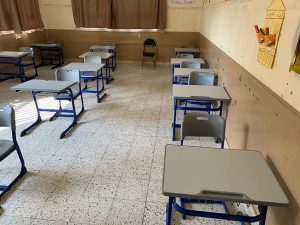