Representatives of five denominations pray for the unity of the churches

All Saints Episcopal/Anglican Cathedral in Zamalek hosted today, Thursday, the opening of the week of prayer for unity, where the heads of the five denominations and members of the Egypt Council of Churches participated in a collective prayer for the unity of the church

Anba Daniel, Secretary of the Holy Synod of the Orthodox Church conveyed the greetings of Pope Tawadros, who always strives for the unity of churches, pointing to the qualities of a humble servant

The Apostolic Nuncio, Nicolas Henry, the Vatican’s ambassador to Cairo, gave a spiritual speech in which he said: “Let us remember the vows of baptism and encourage you to urge the faithful to the importance of prayer, sacrifice, and acts of mercy and goodness.”

He added: We pray together for our change and for the change of all sinners in the world as we look to the source of our hope in full: In times of violence and wars we remember the way Christ treated his life and how he rejected violence and replaced it with love.

While Rev. Refaat Fikri, Co-Secretary of the Middle East Council of Churches, confirmed that the Episcopal/Anglican Church provides a service to man regardless of his gender, religion or color.

He pointed out in his speech that the Lord Christ came to make peace, not quarrel, so he did not resort to the use of force, for he lived lovingly without weakness.

And my thought stressed: We are all members of the one body of Christ

Intolerance breaks us apart, and divisions between us destroy Christ’s message of love, acceptance, and forgiveness. Let us accept our diversity and pluralism, adding: We realize that one flower does not make a garden, and one melody does not give beautiful melodies.

As for Father Domuskinos Al-Azra’i, Secretary-General of the Egypt Council of Churches, he said in his speech that this occasion is valuable and essential, but it bears wounds and sorrows caused by the past centuries, but it is still bleeding.

The Secretary-General considered that prayer is a weapon that is still effective, so we must strive for unity and love for all, bearing in mind Christ, the sacrifice of the world, who was not crucified for a specific group, but for the salvation of all mankind.

He concluded: We pray for this country that embraced the Holy Family, its police, and army, and we commend the efforts of its government that brought back Egyptian students from Ukraine. 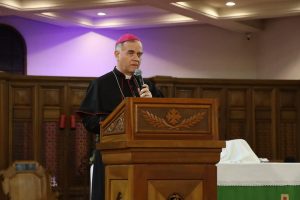 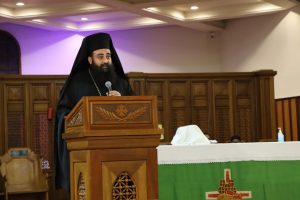 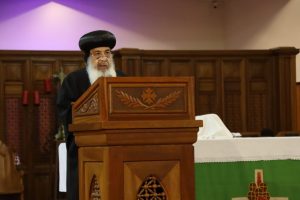 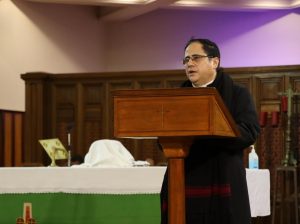 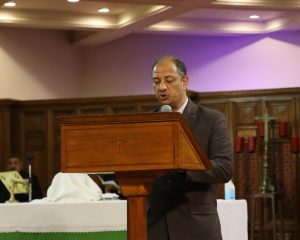 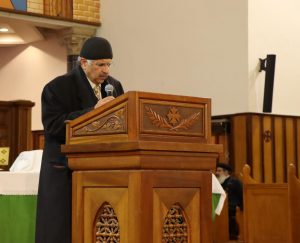 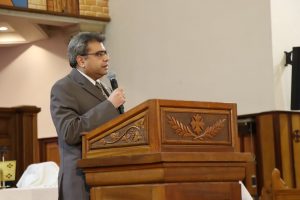 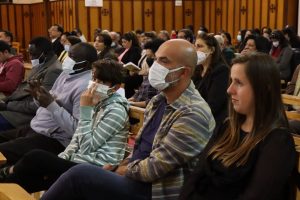 The Archbishop: We pray as different churches united by the love of Christ