At the end of his first day in Cairo…

Archbishop of Canterbury visits Harpur Memorial Hospital in Sadat and opens nurseries there.

Justin Welby, Archbishop of Canterbury and spiritual leader of the Episcopal/Anglican community in the world, today visited Harpur Memorial Hospital in Sadat City, accompanied by Dr. Samy Fawzy, Archbishop of the Episcopal/Anglican Province of Alexandria, at the end of his first day in Cairo, after he began his journey by praying in the Monastery of Anba Makar al-Qibti in Wadi al-Natrun, where he got acquainted with the ancient churches of the monastery and spent time meditating and praying.

On his next stop, Welby set out towards the Harpur Memorial Hospital in Sadat in Menoufia Governorate, which welcomed the visit, presented the staff with flowers, inspected its various wings, and opened a new wing for preterm infants nurseries that provide medical services to all Egyptians at nominal prices, accompanied by Dr. Hany Abadir, director of the hospital, which was established in 2011.

In his speech, Welby said that Dr. Frank Harper, who established Menouf Hospital to serve the poor in a floating boat, is a beautiful symbol that reminds us of stories from the Bible such as Noah’s Ark and the story of Moses, who was placed in a box to survive over the river and the boat in which Jonah was in addition to the boat in which he was sleeping Christ and from her were preaching to the crowds, and the compound of the Book of Revelation is a symbol of safety, rescue, and refuge for every patient.

While Archbishop Sami Fawzy congratulated the hospital staff for their wonderful efforts in the medical work that has been lovingly provided since the opening of the hospital as clinics, adding: I congratulate you on the occasion of completing the work of intensive care for premature babies and nurseries under the auspices of the British charitable funds.

On his behalf, Dr. Mouneer Hanna, honorary Archbishop of the Episcopal/Anglican Church, delivered a speech in which he said that the city of Sadat was established as a gift from the President Mohamed Al Sadat after the 6th of October 1973 war, as he wanted peace, not war.

Hanna continued, “President Sadat was preparing it to become the second city after the capital, as it is a symbol of peace.”

The meeting was attended by a number of popular, executive, and religious leaders in Sadat City, where representatives of Islamic and Christian institutions welcomed the guest. 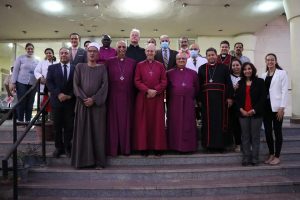 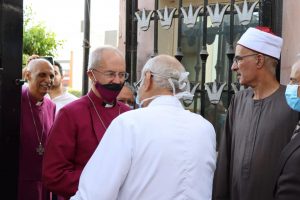 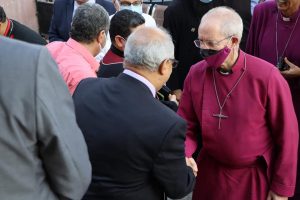 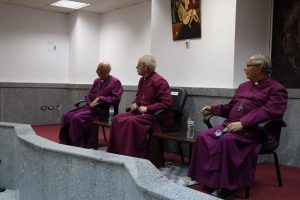 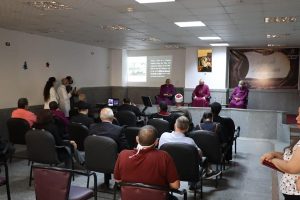 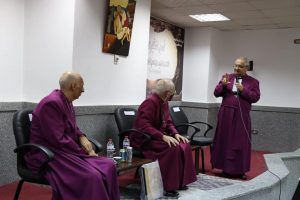 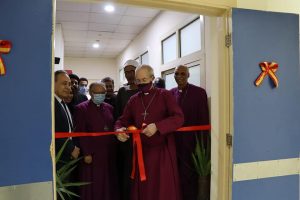 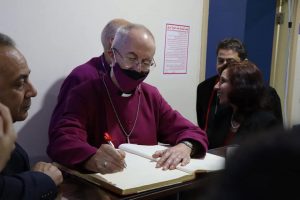 Archbishop congratulating the anniversary of October: The spirit of victory leads us in war and peace.

During the visit of the Archbishop of Canterbury to Egypt