Dr. Samy Fawzy, Archbishop of the Episcopal/Anglican Province of Alexandria, expressed his happiness at the birth of Christ, saying: We are not satisfied with celebrating his birth on Christmas Eve, but we celebrate it spiritually every day of the year, adding: You can say that he is born every day of the year in the hearts of thousands and millions of people, Which affects our lives more than traditional birthday celebrations

And the Archbishop added in his Christmas homily: You can express joy first, as the angels did in public service, adding: Some are called to speak with many, about the Savior and His power to save mankind.

And the Archbishop continued: Others do not preach but sing and praise with all their heart, like the multitude of angels that do not spare to use their tongue and voice to give glory to God and raise their voice in glorious praise to the King born in Bethlehem.

And he continued: Others cannot preach or praise, and you can do like the shepherds who announced the good news when they saw the newborn child as the angels told them and then returned to their homes praising and glorifying God, an expression of holy joy

The Archbishop concluded: Our words and our sharing of the good news do not stop, and I pray that the Lord will give you great joy as we celebrate the birth of the Lord Christ the Savior and a new year full of blessings. 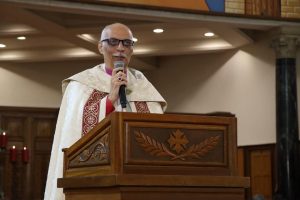 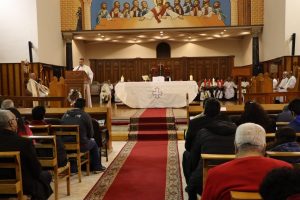 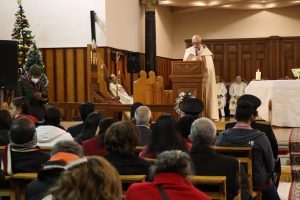 The Archbishop Praying for Egypt: We pray that he will give our country peace