Dr. Samy Fawzy, Archbishop of the Episcopal/Anglican Province of Alexandria, headed the church delegation to visit the Grand Imam, Dr. Ahmed Al-Tayeb Sheikh of Al-Azhar, at the headquarters of Al Azhar, where the delegation congratulated the Sheikh on the occasion of Eid Al-Adha.

Bishop Samy thanked Sheikh of Al-Azhar for congratulating him on his new position, stressing the need for cooperation between the two institutions in establishing the Bishop Mouneer Hanna Center for Islamic-Christian Studies, which the Episcopal/Anglican Church intends to open.

The Archbishop continued: We are proud of the relationship of the Episcopal/Anglican Church with Al-Azhar Al-Sharif, and we hope that the relationship will continue in more projects, meetings, and dialogues.

The Grand Imam praised the project together for Egypt, which was adopted by the Episcopal/Anglican Church, which included Imams and priests together, stressing that it melted the ice between them, which was made by outdated customs far from religion and belief.

The Sheikh of Al-Azhar told the bishop: We are soldiers in the battle to defend the homeland and religion. We are equals in humanity, praising the idea of ​​preachers and priests meeting together. 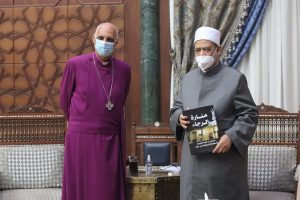 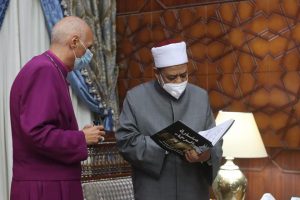 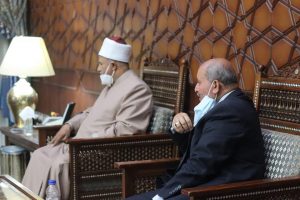