Archbishop: The Week of Prayer for Unity is an opportunity to offer love

Dr. Samy Fawzy, Archbishop of the Episcopal/Anglican Province of Alexandria, participated in the Mass of the Week of Prayer for Unity, which was presided over by His Holiness Pope Tawadros II, with the participation of representatives of all Christian denominations in Egypt, where the Archbishop accompanied a delegation from the Episcopal Church to participate in prayer.

The Archbishop said in a statement today, that the Week of Prayer for Unity is an opportunity to present the love of Christ to all, after he presented himself as a sacrifice for redemption, stressing that participation in prayer with the different denominations does not mean dissolution, but unity here in the goal, which is love.

The Archbishop said that the different sects are members of the one body of Christ serving under the banner of one homeland for the good of all. He extended thanks to Pope Tawadros II, who received all sects yesterday with an open heart, as he gave a beautiful and distinctive spiritual speech.

It is worth noting that the Episcopal/Anglican Church hosted the opening of the Week of Prayer for Unity this year, an event that the Egypt Council of Churches organizes annually. 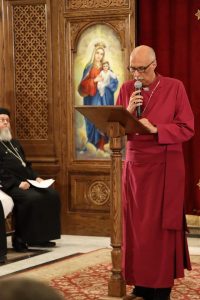 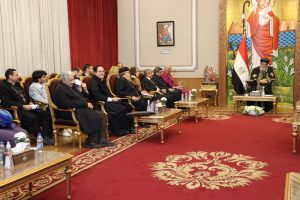 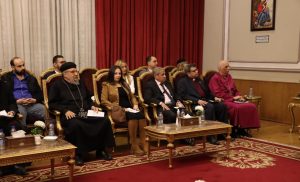 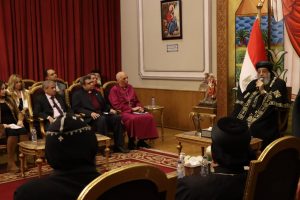 The Archbishop congratulates all women on International Women’s Day

The Archbishop participates in the closing of the week of prayer for unity in “St. Mark Maadi church”