Archbishop: The Council of Churches in Egypt sets an example of love between sects

Dr. Samy Fawzy, Archbishop of the Episcopal/Anglican Province of Alexandria, received today, Monday, members of the Egypt Council of Churches committee, at the church headquarters in the Cathedral in Zamalek.

Bishop Samy added: When the Christian people see how much love there is among the members of the committee, in addition to its intense activity, it will create a great deal of knowledge of the council’s tasks, which will contribute to the growth of its role in society.

Whereas, Rev. Boutros Fouad, head of the Shepherds Committee, gave an explanation of the committee’s role, such as one-day meetings for priests and conferences concerned with the pastor’s affairs. Rev. Boutros invited the Archbishop to attend and participate in such events.

And Pastor Boutros added: We are trying to expand in different areas to communicate the ecumenical thought through the committee, so it will be a strong message about how to respect the thought and belief of the other. The care committee has an important role through the interdependence of its members on a personal level.

The attendees also praised the media role played by the churches to raise awareness of various issues and the interest in transferring the church’s activities to the community and transferring experiences, stressing the tremendous development witnessed by the media and press centers of the Episcopal/Anglican Church.

The meeting concluded by presenting a souvenir to Archbishop Samy Fawzy to congratulate him on his assumption of the position of Archbishop.

The council seeks to increase cooperation and love between churches without interfering with the beliefs of each sect, and it organizes conferences that bring together church youth through its various committees. 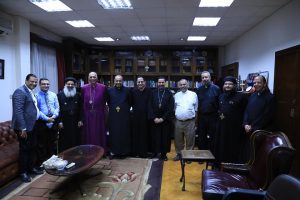 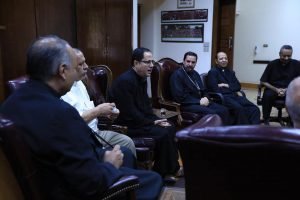 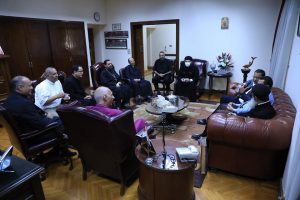 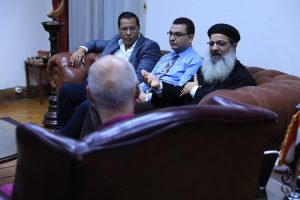 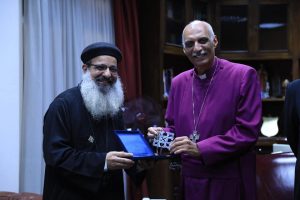 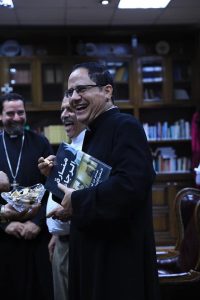 During the service of confirming new members..

In partnership with Gusuor Cultural Center