Archbishop: The Conference of the Global South will be held on Zoom instead of Egypt next October

Dr. Samy Fawzy, Archbishop of the Episcopal/Anglican Province of Alexandria, attended the meeting of the Bishops of the Global South through the virtual communication program (Zoom).

Bishop Samy said: The bishops discussed the date of the Conference of the Union of Churches, which was scheduled to be hosted by the Episcopal/Anglican Church in Egypt, but due to the circumstances of Corona, it was decided to hold the conference via the Zoom program, in the month of October next.

Bishop Sami added: The heads of churches agreed on the necessity of uniting in prayer groups of the Global South to pray and support for pandemics and wars that the world is going through. They also talked about the role of service and the gospel message in spreading peace in society.

The last meeting of the Global South was held last January, after they decided to postpone the meeting of the General Conference from last May until next October, in the hope of returning freedom of movement and travel, but it was decided to hold it on the Zoom, where the committee discussed at the time the importance of strengthening churches, especially in Africa in the field of development Sustainable Theological Education.

It is worth noting that the idea of ​​gathering non-Western churches within the communion of Episcopal churches in the world was a great challenge for the union, and it was settled at the Brisbane Conference in 1986.

Thus, the Anglican Communion organized this gathering of churches of the South for the first time in Kenya in 1994. 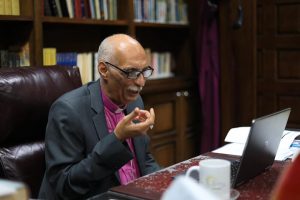 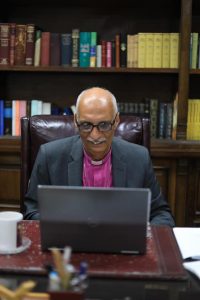 In his first mass after his inauguration…

The Archbishop to the Episcopal Care Institution: We have a lot ahead in development work