Archbishop praising the level of the book fair: It emphasizes our soft power

Dr. Samy Fawzy, Archbishop of the Episcopal/Anglican Province of Alexandria, visited today, Wednesday, at the Cairo International Book Fair, at the head of a church delegation, where he was received by Dr. Haitham Al-Hajj Ali, head of the General Book Authority.

The Archbishop expressed his admiration for the decent level at which the book fair appeared in this year’s session, despite the challenges of the Coronavirus, stressing that the fair matches international book fairs and restores Egypt’s cultural position and soft power.

The Archbishop told the Head of the Book Authority that the book fair encourages cultural work among the middle class that builds societies, through what the fair offers of book discounts and various cultural activities.

On his behalf, Dr. Haitham Al-Hajj Ali, head of the General Book Authority, confirmed that the exhibition implemented the electronic reservation system and received a smaller number of audiences in light of the conditions imposed by the Corona pandemic, which posed a great challenge, as the exhibition took care of the public’s health as a top priority.

The head of the Book Authority referred to the series of new publications presented by the authority, such as the “Ma” series, which works to develop young people’s awareness of the knowledge that they may study at the university, stressing: We focus heavily on the idea of ​​Egyptian identity, so we reprinted the book Description of Egypt developed by the French campaign and the character of Egypt by Gamal Hamdan, and this The year we printed the Encyclopedia of Ancient Egypt by Salim Hassan

The head of the Book Authority welcomed the establishment of an exhibition of books inside the Cathedral of All Saints in Zamalek, in order to develop the movement of culture and reading in different circles. In the same context, the Archbishop inspected the pavilion of the Episcopal Publishing House and reviewed the latest publications of the house affiliated with the church. He also toured some wings of Christian publishing houses such as Bible Society, the House of Culture, and the Spiritual Service Authority

The meeting was attended by Archdeacon Emad Basilios, head of the Council of Priests, Rev. Yashua Bakhit, assistant dean, Rev. Michael Milad, patron of the Dialogue Committee, and Mr. Selim Wassef, Counselor for Christian-Islamic Dialogue in the Episcopal/Anglican Church. 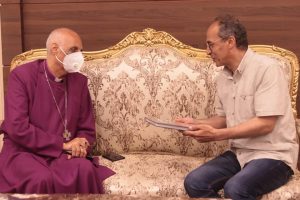 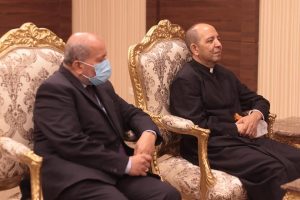 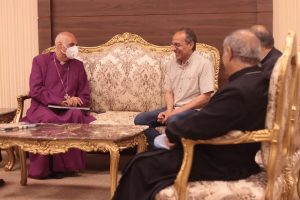 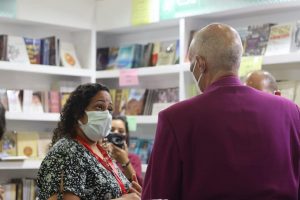 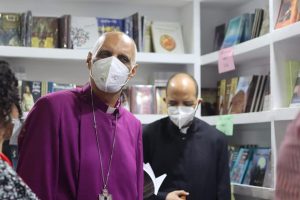