Archbishop on his reception of Prince Charles: Historic visit

Dr. Samy Fawzy, Archbishop of the Episcopal/Anglican Province of Alexandria, participated today, Thursday, in receiving Prince Charles, the British Crown Prince and his wife at Al-Azhar Mosque, accompanied by the Grand Imam, Dr. Ahmed Al-Tayeb, Sheikh of Al-Azhar Mosque, in a visit he described as historic.

For his part, the Archbishop expressed his happiness to participate in receiving the British Crown Prince on his visit to Egypt, stressing that Prince Charles belongs spiritually to the Episcopal/Anglican Church, which is the mother church in England and has historical relations with the royal family there.

The Archbishop said: A cordial dialogue took place between the Sheikh and the Prince about students being sent from Al-Azhar to study in English universities in a way that supports cooperation between the Al-Azhar Institution and the United Kingdom, as well as promoting Islamic-Christian dialogue.

The Archbishop added: I was honored to visit Al-Azhar Mosque, with which we, as a church, have historical ties, the most important of which is the dialogue agreement between Al-Azhar and the Anglican Church in 2001, in addition to ongoing projects to date in the field of religious dialogue and the development of Egyptian society.

The Alexandria Province of the Episcopal/Anglican Church is the 41st region of this church around the world and includes under its presidency 10 countries, namely Egypt, Libya, Tunisia, Algeria, Eritrea, Ethiopia, Djibouti, Somalia, Chad, and Mauritania. It is headed by the Archbishop of Canterbury and is affiliated with the Federation of Anglican Churches in the World. 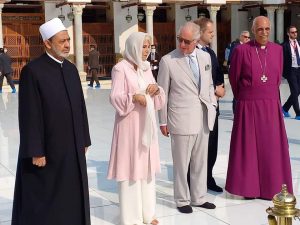 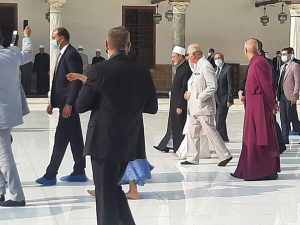 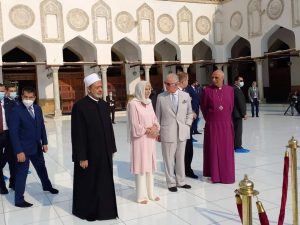