Archbishop of the Churches of Egypt: We are living in a comprehensive development stage and we are extending our hand to support the state

The Archbishop expressed his happiness at the visit of the members of the General Secretariat who represent the various Christian denominations, stressing that the Egyptian state is going through a comprehensive development stage and then the churches are extending a helping hand to it.

Archimandrite Dr. Themiskinos Al-Azra’i, the current Secretary-General of the Egypt Council of Churches and head of the Greek Patriarchal Monastery of St. George in Ancient Egypt, prayed to Archbishop Samy to provide a service full of spiritual victories and to start a period of acquaintance among all churches at the level of the Republic.

While Father Paul Garas, the former Secretary-General of the Council, indicated that Archbishop Mouneer Hanna played his role with magnanimity and courage in the Episcopal/Anglican Church and the Egypt Council of Churches, wishing Archbishop Samy to walk the same path.

Reverend Refaat Fathi was considered the Co-Secretary at the Egypt Council of Churches about the Evangelical Church the Council forms a strong association that seeks to spread ecumenical thought in the Egyptian society, ecumenical thought, hoping that the spirit of love would reach all Christians and not be limited to church leaders only.

Rev. Refaat hoped that the council would play a greater role in supporting the state in the coming stage in light of the political and economic challenges facing the country. 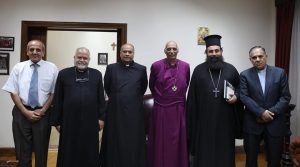 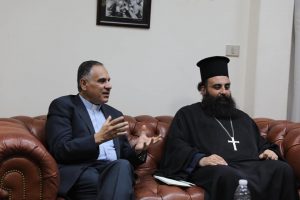 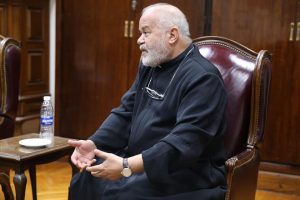 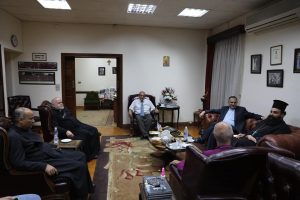 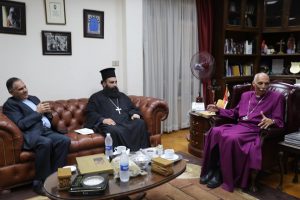 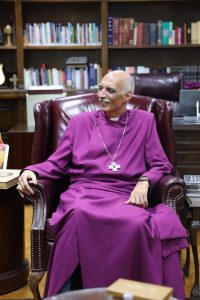 The Master attended… Unveiling the crowd…John 6