0
Share
In his third day in Egypt, Archbishop of Canterbury, Justin Welby, visited His Beatitude Theodoros II of the Greek Orthodox Church, His Beatitude Ibrahim Isaac Sidrak of the Coptic Catholic Church, and episcopal institutions in the Anglican Province of Alexandria.
Welby said that both institutions share the same route as sisterly churches gathered in the love of Jesus Christ. He referred to the suffering of some African nations, including poverty, civil war. Africa is a continent full of life and faith, Welby said, but also full of crises and conflicts.
Theodoros II, meanwhile, said that he enjoys a strong relationship with England, where most of his church’s bishops studied. He affirmed his church’s strong relationship with the rest of Egypt’s churches.
Archbishop of the Anglican Province of Alexandria, Sami Fawzi, said that the Anglican Church gives special attention to Africa. The church’s new province, launched on Friday, includes 10 African countries.
Meanwhile, Welby visited a number of institutions within the Anglican church at All Saints Cathedral in Zamalek.
Welby affirmed the important role played by the church in improving the lives of refugees and marginalized groups. 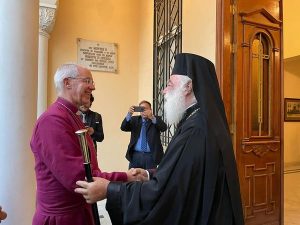 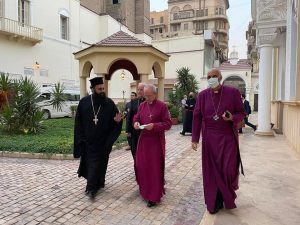 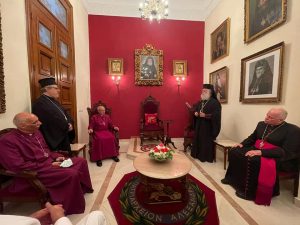 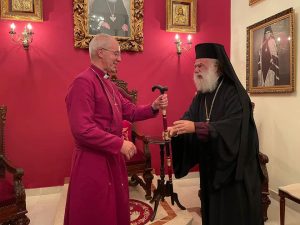 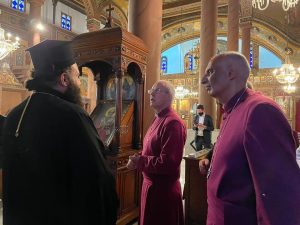 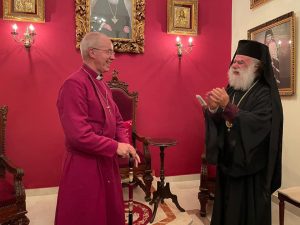