0
Share
The Archbishop of Canterbury and the spiritual leader of the Anglican church worldwide, Justin Welby, will launch a new province for the Anglican Church in his upcoming visit to Egypt first week of October.
“The visit of the Archbishop of Canterbury is a historic event with an international importance, given Welby’s position succeeding the United Kingdom’s royal family in official ceremonies according to English tradition,” Sami Fawzi, Archbishop of Alexandria Anglican Diocese, said in a statement on Tuesday.
Welby will launch the Anglican Church’s province number 41, titled the Alexandria province, given the city’s important position in the ancient Christian world. It played a significant role in enriching the global Christian thought and heritage. The area will include ten countries: Egypt, Libya, Tunisia, Algeria, Mauritania, Chad, Ethiopia, Eretria, Djibouti, Somalia. Egypt currently heads the area.
Egypt has become the main seat of the Anglican Church’s province in Alexandria due to its role in serving refugees and its efforts in Islamic-Christian dialogue. The church’s position in Egypt also supports the Egyptian state’s policies to reinforce its relationship with the African continent.
The October ceremony will be attended by many archbishops of the Anglican church worldwide, as well as leading state officials and public figures. 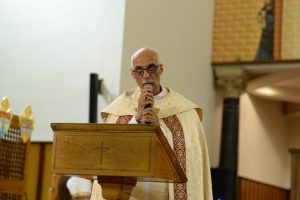 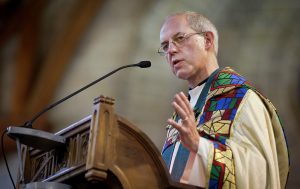 While attending the “So the World Knows” 2033 Conference