Archbishop: I am so happy when I see someone new in the church

The archbishop devoted the homily to the liturgy to talk about the Phoenician woman, expressing his happiness when he sees a new person in the church who wants to know Christ.

The archbishop said that the Phoenician woman was not a Jew and did not belong to the chosen people of God, and she was not one of the people who came to Christ to preach to her, stressing that she belonged to no group that no one expected their response to Christ

The bishop stressed: I am overwhelmed with great pleasure when someone who was not born in the church or who has nothing to do with the church from near or far comes to church.

And the bishop continued: The woman heard that Christ heals all diseases and decided to go to get a blessing from Him. He answered her with what she did not expect and did not despair, but was determined and did not return until after she was cured. So she entered the house and repeated her request and received it because of her stamina, emphasizing: Christ has a loving heart and was ready to give her the treatment she wanted.

He concluded: Perhaps there is someone in the Church today who has many problems and difficult circumstances, and we must believe that Jesus Christ is able and desires to save us. 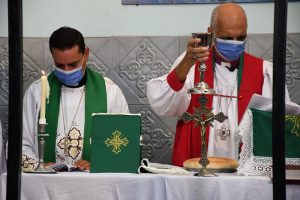 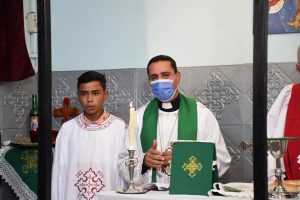 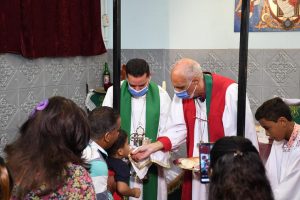 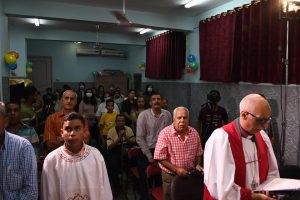 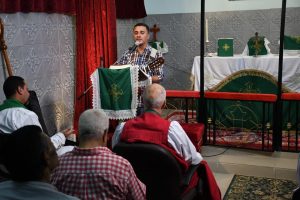 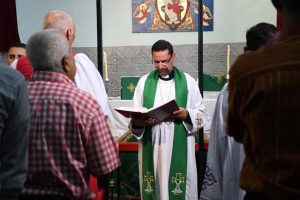 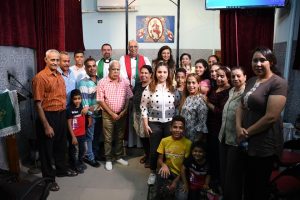 During the mass prayers at the Maadi Church..