Dr. Mouneer Hanna, Archbishop of the Province of Alexandria of the Anglican Episcopal Church presided over the confirmation service prayers for 18 new members of the Episcopal/Anglican Church from members of the Church of St. Paul in Ezbet El Nakhl at All Saints Cathedral in Zamalek.

The Church stated in a statement: Archbishop Mouneer concluded the confirmation service with prayer for the new members that God would grant them the grace of the Holy Spirit and confirm them in the life of faith. 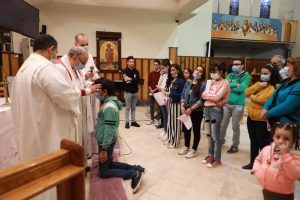 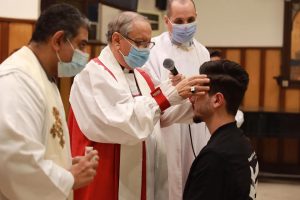