Dr. Mouneer Hanna, Archbishop of the province of Alexandria, confirmed to the Episcopal/Anglican Church that John devoted 5 chapters from his gospel to describe what happened on Maundy Thursday, that is, more than a quarter of the Bible, which indicates the importance of the events of this day.

Hanna continued: Jesus here turns the symbolic Passover of the Old Testament into the true Passover of the New Testament, adding: From a lamb slaughtered and grilled over the fire and eaten in memory of what happened at the time of the Exodus, to the Lamb of God who offers himself a live sacrifice, from a high priest offering an animal sacrifice, to a high priest. He offers himself a living sacrifice.

Hanna considered that his death on the cross was not because he was a victim of violence and injustice by the Romans, but rather a victim of the love and mercy of God for us. He offered himself a sacrifice in order to nullify all animal sacrifices that are not suitable to erase the sins of humanity. 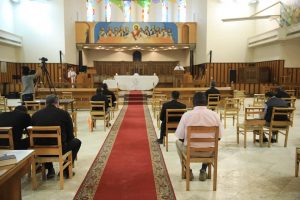 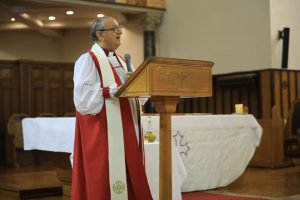 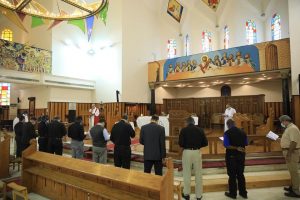 Fourteen scenes that embody the Passion of Christ