Among the activities for the month of September

Gusuor Cultural Center organizes workshops for the art of storytelling and theater acting.

Gusuor Cultural Center of the Episcopal/Anglican Church in Egypt is organizing an advanced “storytelling workshop” in cooperation with Haddouti Mobile Storytelling Theater and the Marionette Puppeteer. Over the course of five days, starting from the third and fourth of next September and the ninth and tenth of the same month, provided that the outcome of the workshop will be on the eleventh of September, in the Cathedral of All Saints in Zamalek

The center is also preparing for a “try and choose” workshop in cooperation with “Improvised Arts” to try different workshops such as theatrical acting, storytelling, and comedy delarte (in which the person lives and represents different forms of characters that we deal with daily). The workshop will be held over three days, the sixth, eighth and eleventh of next September, in the Cathedral of All Saints in Zamalek.

The Center participates with a group of pioneers of arts and culture in its activities such as Bibliotheca Alexandrina, the Cairo choir celebration, Awtar Quartet, the soft power production, the Light and Hope Association, the Storytelling initiative for children, Hadouti initiative, Ali Sawtak, Digital museum of women, Cairo Collective Guitar Foundation Dream of Light. 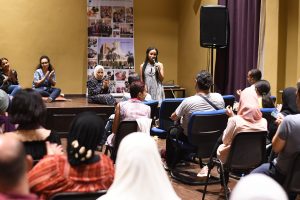 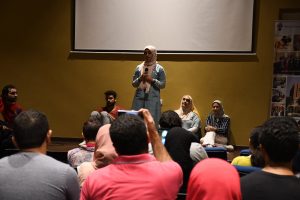 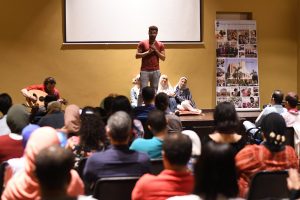 Alexandria School of Theology: Questions in Theology and the Arabic Language for accepting Entrance Exams

The Archbishop accompanies a British delegation to visit Sadat Hospital