All Saints Cathedral in Zamalek organized the first family meetings, which will be held in the first week of each month, in the presence of Dr. Samy Fawzy, Archbishop of the Episcopal/Anglican Province of Alexandria, and his wife

With the participation of Reverend yashua Bekhit, assistant dean of the cathedral, his wife, and 20 husbands and wives from the families of the church and those working in the diocese.

The first meeting, spanning two hours, included a presentation and discussion of the topic of “caring for the firstborn son” to grow and grow between the spouses. What is meant by the son here is the love that began between the spouses and on which the sacred marriage relationship was established, and a PowerPoint explanation was presented on the biblical and scientific foundations of interest in the growth of love in The family, maintaining its cohesion and growth in faith, and addressing the problems it faces from a Christian biblical perspective. The lecture was delivered by Rev. Amir Ishaq, director of the Martha Roy Center for Worship at Abbasiya College of Theology, and his wife Esther Fouad.

The meeting-based committee aims to create a spiritual and social atmosphere and an opportunity for fellowship and self-expression in a correct manner, in order to build the body of Christ and confront the phenomenon of captive disintegration and the spread of separation cases. Where Archbishop Samy Fawzy concluded the meeting with a prayer and a request for blessings for the families who attended and the committee that prepared the meeting, namely Mr. Selim Fouad, Emil Fawzy, and Shahinaz Boulos. 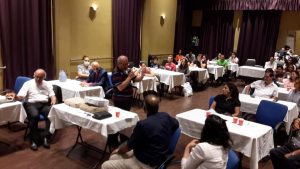 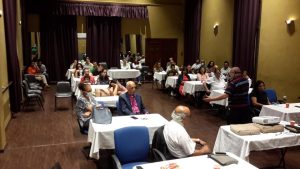 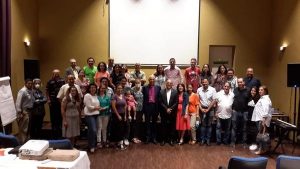 What I worship is what I become