Al-Manara School for Children with Disabilities in Menouf, affiliated to the Episcopal/Anglican Church, organized a Valentine’s Day celebration with the participation of 20 children. The concepts of love and cooperation were communicated in a simplified way for children through Puppet Theater and the establishment of entertaining shows and songs.

On her behalf, Janet Shamae, director of the center, said: Today, love aims to be the basis of children’s lives and the first to return to these feelings is the child’s family. Adding: In order to cultivate the love of others in the child, we must give it to him first and treat him kindly at all times so that he learns from us to deal with others in the same way.

And Janet added: We must also respect them and understand their feelings in order to gain their trust in us and thus they will exchange these good feelings with us.

Janet concluded: Raising children to love is no less important than other morals such as honesty, loyalty, and charity, if we do not say that it is the backbone of it in the chain of morality paragraphs, meaning if it is not taken by children with a motive from within, then it is an obligation of coercion and compulsion and not of conviction Choosing this does not make them safe from hypocrisy and making mistakes.

Al-Manara Center for Serving People with Special Needs is a center affiliated to the Episcopal Care Foundation for Social Services (Episcocare), which is the Samaritan’s arm of the Episcopal/Anglican Church in Egypt.

In the year 2003, the Foundation was officially registered with the Ministry of Social Solidarity to support people with special needs and provide them with rehabilitation and education services, after the church noticed the lack of these services in the city of Menouf in the governorate of Menoufia. 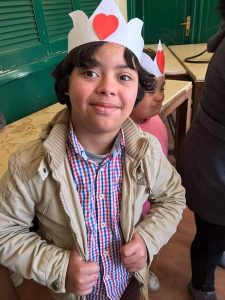 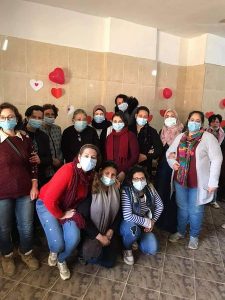 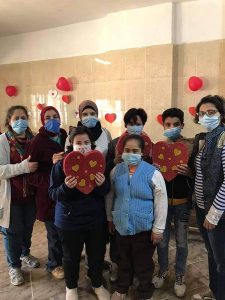 Deaf Unit: Resuming handicraft teaching workshops for the deaf after it was stopped due to Corona