The Archbishop affirmed that the theological dialogue sessions with the Eastern Orthodox churches witnessed the participation of representatives of the Coptic Orthodox Church, the Ethiopian Church, the Armenian Church, and the Syriac Church. Over the course of three days, the churches discussed the history of the Ecumenical Councils, most notably the Council of Chalcedon, as Bishop Gregory Cameron, Bishop of St. Anglicanism, while Anba Angelos, Bishop of London for the Coptic Church, presided over the Committee of the Eastern Orthodox Churches

The Archbishop considered that the theological dialogue sessions bring the views of the participating churches closer and open closed doors between the different denominations, stressing his love for all churches as members of the one body of Christ.

The Archbishop pointed out that the theological dialogue between the Anglican Church and the Eastern Orthodox Churches began many years ago, as these sessions are held periodically. Therefore, the participants in that session agreed to issue recommendations in the next meeting.

Justin Welby, Archbishop of Canterbury, had referred, on his recent visit to Cairo, to the ongoing theological dialogue between the Episcopal/Anglican Church on the one hand, and the Orthodox Churches on the other hand, in a way that strengthens relations between Christian denominations. 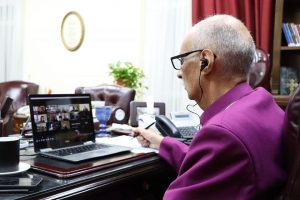 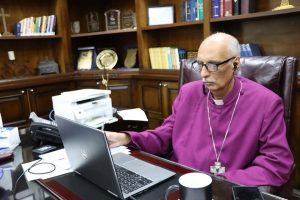 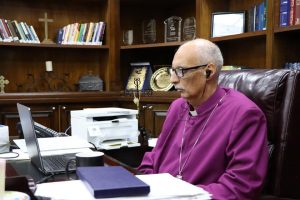