Archbishops and bishops of African Anglican churches participating in the CAPA Conference hosted by Cairo visited a number of Episcopal/Anglican churches in Cairo, where they participated in the Divine Liturgy in Arabic and English, as part of the conference program that ends on the eighteenth of August.

On his behalf, Archdeacon Emad Basilios, head of the Council of Priests, received the African delegation at St. Michael’s Episcopal/Anglican Church in Heliopolis, where he gave a sermon, Bishop Oscar Christian Amoah, Bishop of Kumasi Yagana.

The Ghanaian bishop said that Solomon asked for wisdom because he was young and needed it, and so today we also ask for wisdom from God so that we can make the right decision.

The Ghanaian bishop added: When we reach the point of making a decision and choosing between two paths, we need to seek God’s wisdom because He knows the consequences of choices and can spare us the wrong path.

In the same context, the Episcopal/Anglican Church of the Good Shepherd in Giza received Archbishop Joshua Leo and a group of African bishops and priests.

Bishop Joshua Liu said in his homily: Jesus Christ gave us bread and wine so that our sins may be forgiven and we may be united together as one body.

He expressed his happiness to visit Egypt, especially Giza Governorate, saying that Giza contains the pyramids, one of the seven wonders of the world.

He concluded the day by praying for members of the Church who suffer from physical and health problems, so that God may be glorified and touched with a healing touch. 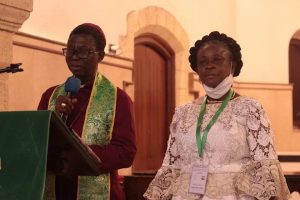 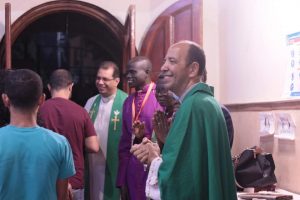 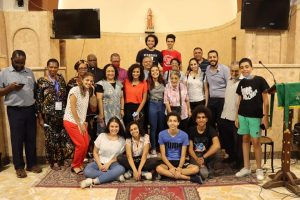 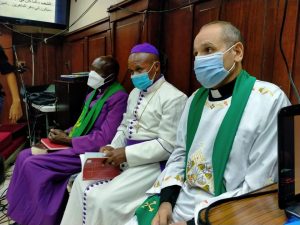 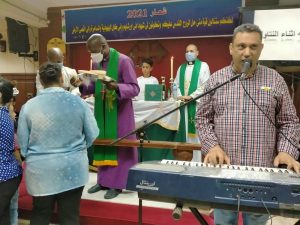