Today, participants in the Conference of the Council of Anglican Provinces of Africa received a detailed explanation of the services of the Episcopal Care Institution for Social Services (Episcocare), which is the Samaritan arm of the Episcopal/Anglican Church in Egypt.

On his behalf, Dr. Maged Moussa, Director of the Episcopal Care Foundation, said that the services and activities carried out by the Foundation include education programs, nurseries to care for children, adult education service (literacy), the Episcopal Language Training Center, Al-Manara School for the care of children with special needs, the health care program and the Arkan Cultural Center, which provides support For talented young artists by providing facilities to produce and display artworks.

Dr. Maged Moussa said that the Office of the Refugee Unit, which is located inside the cathedral, provides a number of programs and activities, such as the public health program and clinics, which include health care for refugee children and mothers, health awareness against diseases and epidemics, medical convoys to care for refugees in their gathering places, medical aid for needy refugees, in addition to training programs and rehabilitation for the labor market, as the delegation visited the headquarters of these services in the parish in the cathedral in Zamalek.

The delegation also inspected the Diocesan archive, which contains the records of the Episcopal/Anglican Church and the British community in Egypt, which dates back to the mid-nineteenth century, and the Research Center. 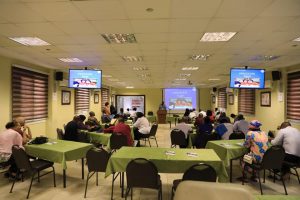 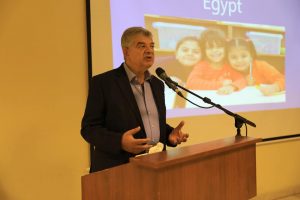 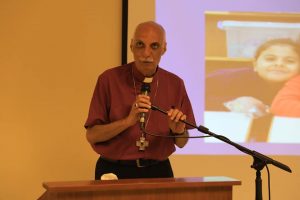 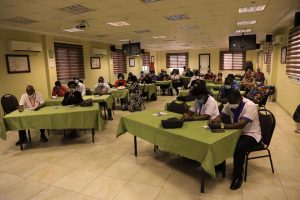 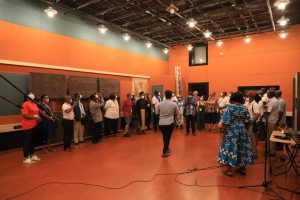 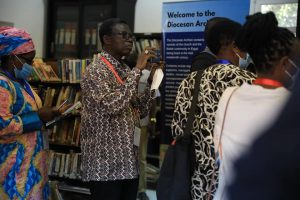 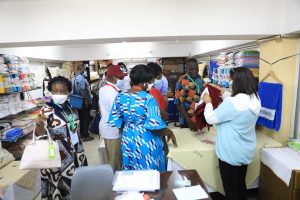 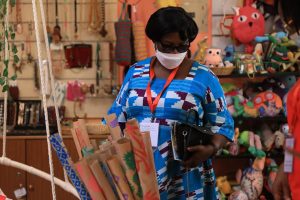 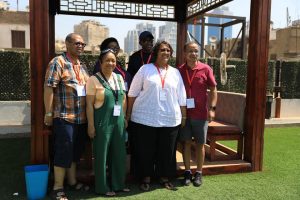