Deaf Unit: Resuming handicraft teaching workshops for the deaf after it was stopped due to Corona

The Deaf Unit of the Episcopal/ Anglican Church in Egypt announced the resumption of professional workshops with the presence of 10 trainees in each workshop from deaf boys and girls, in addition to the inclusion of deaf mothers three times a week, as the workshops had stopped the last period due to the Corona pandemic.

The Episcopal/Anglican Church stated in a statement today: The workshops include teaching tents, seashells, and carpentry, as the unit is concerned with teaching deaf people from the age of 13 to the age of 50 in different professions and skills to enable them to be independent and financially independent in the future.

The Deaf Unit explained in its statement: During the training, we take all precautionary measures due to the existence of the Corona pandemic, such as wearing masks, using alcohol, and taking into account social distancing.

The Deaf Unit was established in 1982 under the umbrella of the Episcopal/Anglican Church, and it was declared in Social Affairs under the number 4014 of 1993.

The unit works to rehabilitate and educate the deaf and their families and support communication in sign language to ensure the improvement of the scientific, health, social and economic level in order to enable them to be self-reliant and integrate into society through academic education, vocational training, activities, trips, and conferences. 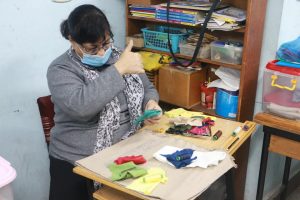 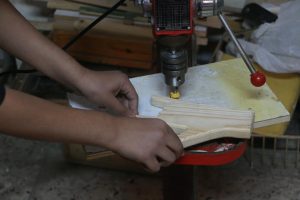 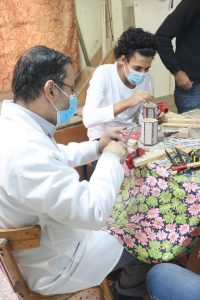 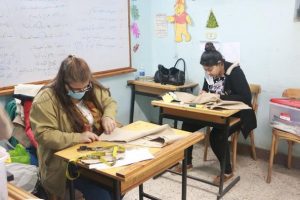 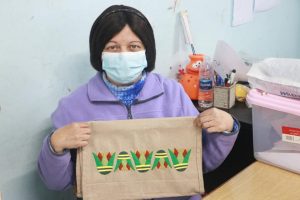